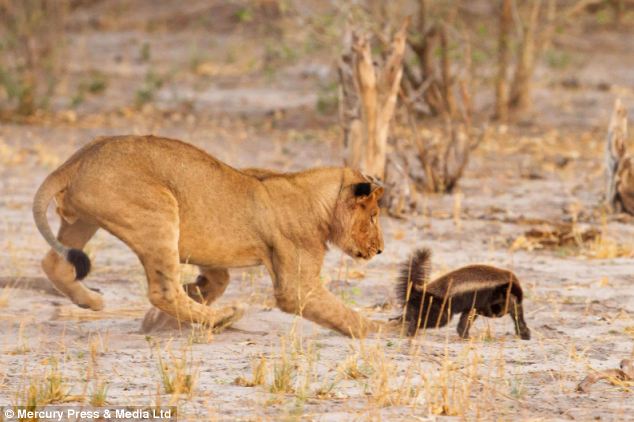 Honey badgers are not animals that you’d want to keep in your house; they’re not your exotic cuddly dog or cat that sleeps with you at night. Even in their natural habitat they’re considered wild and extremely fierce. Like any other wild animal, they can be dangerous to people. But aside from being fierce or wild, what else do we know about them? Well here are some interesting facts about the honey badger that you may want to know.

They Relate So Much to Skunks

Even looking at a honey badger would remind you of a skunk but they have more similarities than just their appearance. A honey badger has a gland found in the base of their tail, that gland contains putrid liquid. Typically, they use the smelly stuff to mark their territory but whenever they feel threatened they automatically spray the liquid around; the smell is different from that of a skunk but it’s just as horrible.

The long claws of a honey badger are used to dig deep burrows where they can relax in; they would typically dig on a daily basis. Honey badgers will dig anywhere from the ground to any tree trunk they fancy and even an old termite home. If they feel like it, honey badgers can actually dig themselves a hole to hide in within a few short minutes. Not only that but they can uncover the ground when hunting some underground prey.

Their Name Translates to ‘Honey Eater of the Cape’

Formally called the mellivora capensis, but you can just go on and call it by its common name, honey badger; they’re simply addicted to the sweet stuff. Meanwhile ‘The Cape’ is actually the Cape of Good Hope found in South Africa; the place is teeming with honey badgers.